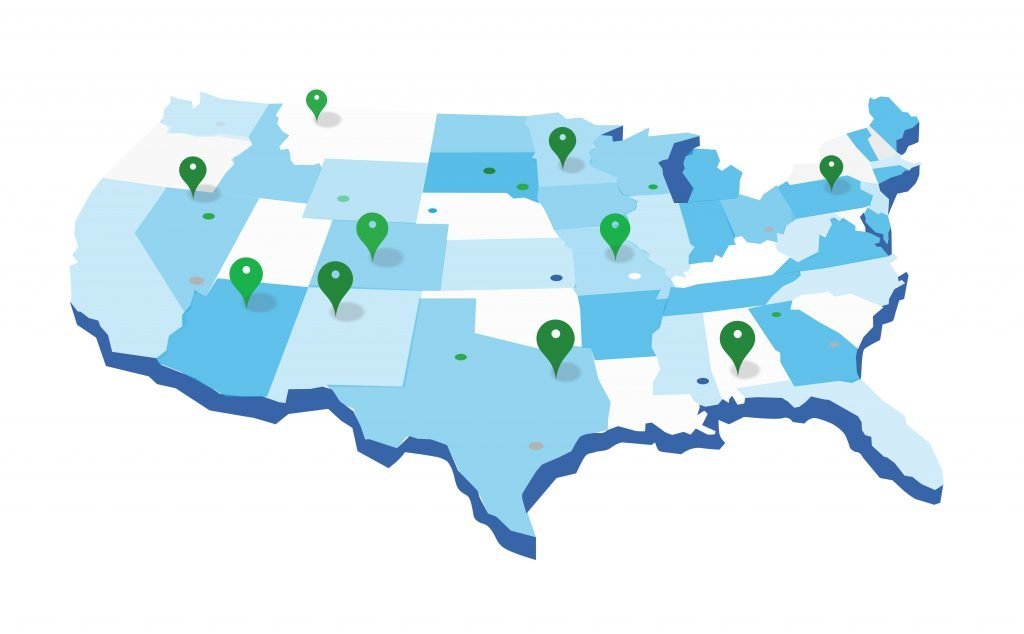 2019 National Study Of “We Move Anywhere” – During 2019 there was a significant number of more people moving around than during 2020. More people stayed put in 2020 due to the corona virus taking hold of the nation. Some people did move, but they generally moved in with family or friends that were living nearby them. There are a number of reasons for why people move to a different state. Sometimes it has to do with the taxes. Or a move may have to do with personality and hobbies that the people enjoy doing. A move may also happen because of a new job or to live closer to family. Let’s learn about the 2019 National Study Of “We Move Anywhere”.

States that Americans Move to in 2019

The top three states in 2019 that appear to have the most significant number of Americans moving to them are Idaho, Oregon, and Arizona. Vermont was also high on the list, but it is not included here because they did not have a significant amount of movers and packages and boxes moving into the state during 2019. Continue reading to see the rest of the list of the top states that Americans move to in 2019.

Idaho is at the top of the list of states that people moved to at a 67.4% raise in the number of people moving into the state compared to the year before. Idaho is a lovely gem of a state to live in, since it is the gem state after all. The state has plenty of outdoor activities the whole family can enjoy. It’s also a pleasant and quiet state. Many older Americans opt to retire in Idaho if they enjoy the outdoors and a quieter atmosphere around them.

Oregon had a high rate of people moving into the state due to a job offer. It’s a popular state for those that are from younger generations or retirement age. The state has plenty of enjoyable activities to partake in and a high job increase rate. The state had a reported 65.7% increase in the number of people living in the state.

Arizona is a beautiful state with a more temperate climate that people can enjoy living in all the time. The state saw an increase of 63.2% of more people moving into the state in 2019. The state is beautiful and has something for everyone.

Washington is a state that has seen plenty of growth in jobs and in desirability for those to live there due to the outdoor activity factors in the state. The state saw a 59.5% rise in people moving to the state.

The District of Columbia saw a a 59.3% rise in population. Washington D.C. generally always sees a high rate of people that move in and out of the state though due to jobs since it is the capital of the United States.

South Dakota is one of the top ten states people have been moving to thanks to the state’s job growth and affordable land to purchase. The state has started to grow considerably in population. South Dakota saw a 57.4% rise in population in 2019.

The Ten Top States that Americans Moved Away From

“We Move Anywhere” For All Your Moving Services

“We Move Anywhere” Moving Company moving services is a company that is excellent for anyone that is moving to a different state for long distance moves. Long distance moves are difficult to handle if you don’t have the right planning system and the right moving crew to help make your move less stressful on the way back home. “We Move Anywhere” a long distance movers has full service moving packages to help your move to another state go smoothly. The full service moving packages come in a variety of options for those who are moving and need different options or prices for their move to work out appropriately for them.

The “We Move Anywhere” Company is reviewed as positive by their customers that have hired their services to help them move out of state or even a move in their own state. The past customers of the business said they had a smooth and manageable move thanks to the moving workers that helped them through the process. They also viewed the pricing for moving packages from the company as fair. If you are looking for a reasonably priced moving package for your long distance move, give “We Move Anywhere” a call today to discuss your options.

Ready to get Moving?